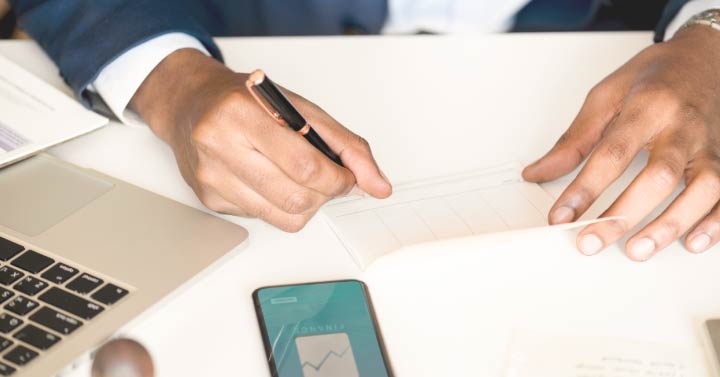 In the era of Artificial Intelligence, everybody is striving to make the most intelligent machines to replicate human decision making. With the considerable increase of computational power, deep learning networks have shown huge progress. One of the biggest criticisms of these models, however, is that unlike humans, they require a huge amount of ground truth samples i.e. data marked with correct answers for the learning process.

How a Classification Problem is Solved using Deep Learning?

If we talk about building a facial recognition application with a standard classification process used in deep learning, we would follow the following steps:

The two important requirements to build an accurate classifier using deep learning are:

Now say you are building a facial recognition system for a company with 100 employees. The system wants to match an employee’s image with his/her image stored in company’s database in real-time.

A classic deep learning network can help us build the facial recognizer. But there are some concerns to consider. What if a new person joins the company or somebody leaves? The whole system has to be retrained with every addition or subtraction. Also, large number of images would be required for each employee.

The above problems can be solved with One-shot classification, requiring only one training sample for each category. Yes, you heard that right, just one example!

In One-shot classification, the model is not learning to directly classify the sample, but is striving to find how similar is the new sample to its reference. Therefore, we train a network to learn a similarity function that will take two samples as an input and output how similar they are.

This approach solves our requirements of retraining or adding many samples for applications like facial recognition. Only one sample will be required as reference (stored in the database), and the network will identify how similar is the real-time data. This approach is described as One-shot – one for a single reference point.

One of the networks used for One-shot learning is Siamese Neural Networks (SNN).

SNN is made up of two identical neural networks which are merged into a single neural network. It contains multiple instances of the same model and share the same architecture and weights.

Now let us discuss one more application where we can apply One-shot learning. Consider signature verification for detection of fraudulent cheques in the banking sector. Signature verification requires detailed analysis and is sometimes difficult for humans to identify the difference.

How can we Identify Forged Signatures using Siamese Networks?

On the other hand, the threats and monetary losses continue to rise dramatically; in particular check fraud has reached epidemic scale [1]. Any process that requires a signature is a prime contender for signature identification. Individuals are less likely to object to their signature being confirmed as compared to other possible authentication systems [2].

Below are the details of the training process of Siamese Network

1) We collect signature images that are similar and forged. Please see the image below where left are the original signatures while right is the forged.

3) Next we feed the batches to a Convolutional Neural Network (CNN) and obtain a 1-d vector of features, then we calculate the cosine similarity between the two vectors.

5) The above steps were for forward propagation. Now, what about loss function? How do we update the weights of our neural network?

We use Triplet Loss for training our Siamese Network.

The aim of the network is to differentiate between similar and dissimilar signatures.

Therefore, the cosine similarity between similar samples should be much higher than the negative ones. The triplet loss function would then be defined as follows:

where A is our actual point of interest, N is the negative/dissimilar sample and P is the positive/similar sample. The smaller the difference, the better is our network’s performance.

One way is to randomly select positive and negative samples from two batches. But that is very easy to train. To avoid this easy learning, we select hard triplets that will be defined as follows:

The diagonal elements are the positive samples. The total loss can be defined as follows:

Using the above loss function, we can back propagate and update the weights of our CNN.

In addition to applications like face recognition systems and signature authentication, Siamese networks are also used for NLP applications such as comparing the meaning of word sequences. They can also identify question duplicates, which is a very important NLP application at the core of platforms like Stack Overflow or Quora.

To conclude, it is easier to create training datasets and avoid re-training of networks using One-shot learning. There are, however, some limitations. In particular, during the training process, the network would require different types of samples to achieve generalization.

Collect and Analyze your Data with Indellient

I am Anchal Gupta, Machine Learning Engineer at Indellient. I am passionate about solving real-world problems with Artificial Intelligence that can help society. I have also published my research in Reinforcement Learning, Natural Language Processing and Big Data at different international conferences. I love to collaborate with people intermingling science and technology to make the world comfortable for everybody. I have received my Master of Science in Data Analytics from Pennsylvania State University and my Bachelor of Engineering in Computer Science from Chitkara University, India.