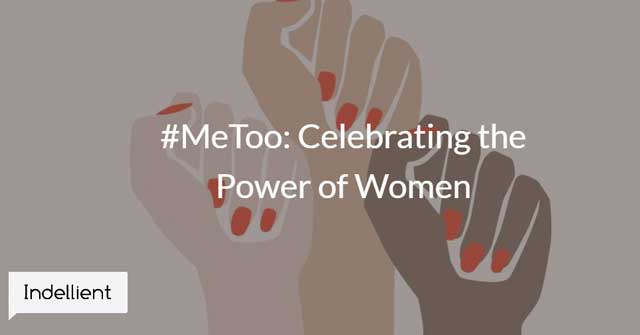 The biggest disruption this year wasn’t technology, but women exposing systematic sexism in the workplace.

International Women’s Day gives us a chance to reflect on the contributions made by women – and also the progress we have yet to make when it comes to equality.

The movement is changing each year. Today we have a different platform – the online platform – to discuss and promote women empowerment. The largest online movement of its kind, the recent #MeToo campaign, shows us the true force of technology, and how a single hashtag can ignite a global fire (the hashtag had been tweeted nearly half a million times in just 24 hours!).

Yet with the vast impact technology has on the world – gender equality remains a feat to be achieved. It only takes a peek at a tech gathering to see the gender imbalance so prevalent in this industry. Take the 2018 Mobile World Congress as an example where only 24 per cent of the audience was female. In addition, venture capitalists invested just $1.46 billion in women-led companies last year while male-led companies earned $58.2 billion in investments. It’s no wonder why women leave the industry at a 45 per cent higher rate than men.

These numbers are alarming for several reasons: 1) It’s 2018 – yet women still make up less than half of a room full of leaders; and 2) the impact this has on young girls, who struggle to see themselves in the field.

#Movethedial, a movement dedicated to increasing participation and advancement of women in technology, is on a mission to change these numbers. The group reinforces how true innovation can’t happen without a diverse group of people at the table providing input, despite your race, gender or physical abilities.

Check out the #movethedial campaign if you would like to learn more.

Today, organizations have ample opportunity and platforms to take a public stance to denounce gender-based discrimination.

We also see governments changing as well. The Canadian government has released a new budget that focuses on women in business because it recognizes that having more women in the workforce has driven economic growth, boosted family incomes, and helped families join the middle class.

McKinsey Global Institute estimates that by taking steps to advance equality for women—such as employing more women in technology and boosting women’s participation in the workforce—Canada could add $150 billion to its economy by 2026.

While we know gender parity won’t happen overnight, we can rest assured that positive social change is on its way with the help of government bodies and individual movements at the helm. That’s something we can celebrate this International Women’s Day.