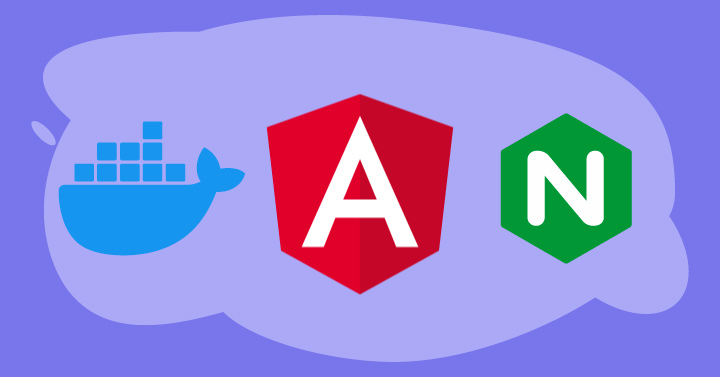 In this blog post, we will go through a step-by-step guide on how to write a multi-stage dockerfile to build an angular application using Docker and host the production-ready code in an NGINX container. We will also walk through some of the docker commands used to build, run and monitor the status of containers.

In order to proceed with this step, ensure that you have Node.js and Angular CLI installed in your local development environment. Installation instructions can be found on the official Angular website.

Once the prerequisites are installed, you can start by executing the following commands to create an angular application in a local directory of your preference.

Navigate to the project’s directory, to run the application.

Now that we have an angular application successfully running, let’s start writing a dockerfile for it.

Below is the dockerfile snippet we will use to dockerize our angular application with a NGINX server. The dockerfile comprises of a multi-stage docker build, which is divided into the following stages:

In order to build and run the docker container, open up a command prompt and navigate to the location of your Dockerfile in your project’s directory.

Execute the following command to build the docker image.

The file path . defines the location of the Dockerfile in the current directory, and the -t argument tags the resulting image, where the repository name is krish186/sample-angular-app-image and the tag is latest.

After the build is successfully finished, we can check to see if it appears in the list of docker images available locally. To do so, we can execute the below command.

Now that we see our container is in the list, we can run the image using following command.

The -d option, causes Docker to detach the container and have it run in the background. The -p argument establishes a port mapping, which defines that port 80 of the docker container (as specified in dockerfile), should be exposed to port 8080 of our host machine.

To check the details of our running container, type in the following command:

As per the above output, we see that the container is up and running. If we now head to http://localhost:8080/ we can see the angular application is successfully dockerized.

Now that the application is running as expected, our next step would be to push our image to an image repository, to deploy our containers to a cloud service.

If you have a DockerHub account you can execute the following commands:

Your image should now be pushed successfully to the Dockerhub registry.

Hi, my name is Radhika Krishnan, currently working as a Full Stack Developer at Indellient. I graduated from UofT with a specialization in Computer Science, and now I’m currently enrolled in the DataScience Masters program at University of Waterloo. Learning new technologies has always been a keen interest of mine, hence I enjoy pursuing any opportunity that may help enhance and practice my skills while exploring various areas of interest.