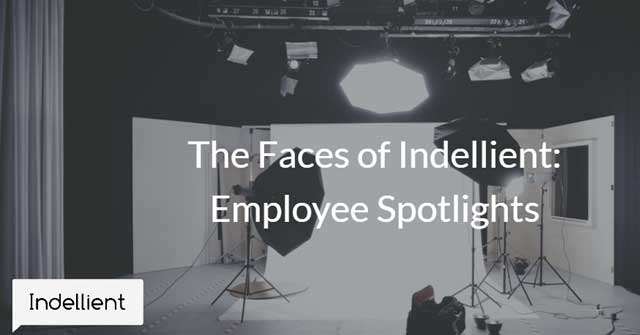 Like our business, our people don’t fit into a cookie-cutter model either, and Indellient’s story can’t be told without them. The Faces of Indellient: Employee Spotlights will feature some of the faces that make up our team – each of whom influence our success.

Gordon (Gord) Uszkay, Director of Risk and Analytics, has literally and figuratively transitioned into a new phase of his life after joining Indellient.

From an early age, Gord was interested in statistics and driving understanding from the world around you through data, and after the first phase of his IT services career, he renewed his journey by pursuing his Masters and Ph. D in Computer Science from McMaster University.

While wrapping up his Ph.D., Gord was raising his two children, Jesse and Duncan, involved in local sports associations, and working on a risk analysis of internet threat assessments. Although his hands were full, he decided it was time to team up with long-time friend and Managing Partner at Indellient, Adam Caromicoli, when he called about a new analytics project that required “desperate assistance”.

“Though the original project was a three-month stint, it didn’t quite work out that way. I was asked to sign up as a director the following year, and now here I am,” he reminisces.

Thereafter, the Oakville native packed up and moved to the Big Apple in 2016 after realizing the opportunities the team had been losing out on by not being smack in the middle of the world’s largest hub for innovation. A decision born from the happy serendipity of timing (children off to university), opportunity (Indellient was expanding and growing its New York customer-base) and nationality (Stephanie, Gord’s wife, is originally from Chicago), Gord decided to go full-force and head up an office in New York.

“Moving to the big city allows us to be present at the client location on a regular basis and allows more casual interactions to strengthen our relationships. The energy level in New York is palpable and it’s the center of big visions and dreams,” he says. “Everyone is trying to make something interesting happen, before everyone else – including us.”

Gord believes an inspirational leader is one who understands people’s roles and values teamwork – a lesson he took away from his days coaching football.

“Football helped me to be more confident in challenging situations. It’s a wonderful way to learn to be part of a team and learn to respect everyone’s distinct roles. After all, in business, everyone plays a role to make the team work.”

Gord still carries his passion for the sport to this day and was even involved in setting up the local Oakville Minor Football Association (home of the Oakville Titans) and the Halton Peel Football League.

Lately, however, Gord is more involved with heading up Indellient’s New York office and positioning it to be a leader in the field of data science.

“I want to see us share our abilities with more clients, bringing more value and enabling them to have more opportunities.”

Visit Indellient’s new NYC headquarters for a private tour from Gord himself!